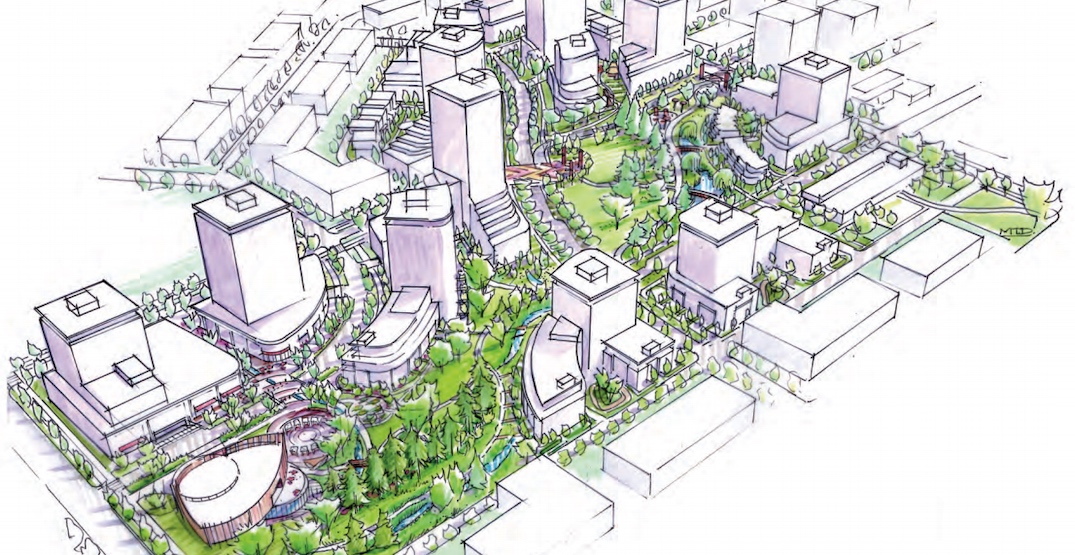 The Heather Lands project became the largest Indigenous-led redevelopment to advance in Vancouver after City Council approved the rezoning of the site at a public hearing on May 24.

“This project is a significant milestone and will be a benchmark for the City’s efforts toward Reconciliation,” said Mayor Kennedy Stewart. “It represents an important opportunity for the long-term prosperity of future generations of the xʷməθkʷəy̓ əm, Sḵwx̱wú7mesh, and səlilwətaɬ Peoples, and also addresses key City priorities including housing affordability and the climate emergency.”

The Heather Lands will be a primarily residential community, anchored by a ‘drum beat / heart’ at the north end of the site which includes the cultural centre and plaza, and a childcare facility, along with a park network. It will also provide new job and retail space close to housing in a location near transit routes.

When fully built out, the Heather Lands will include:

Buildings ranging in height from 3- to 28-storeys, with:

The site will also include: