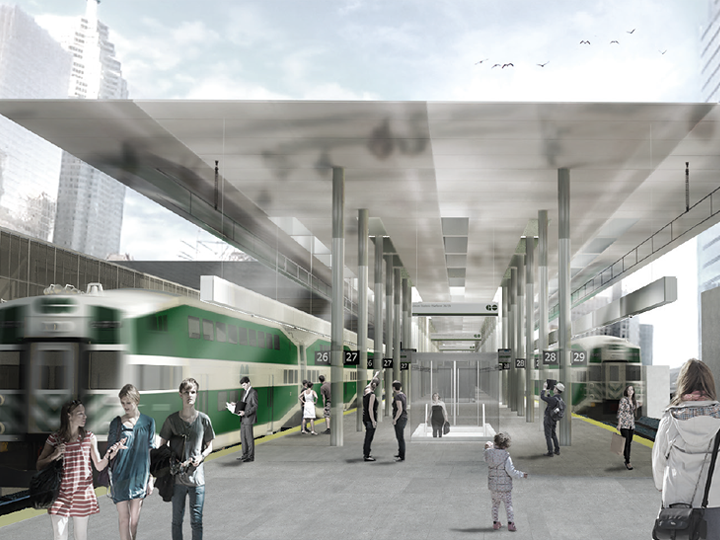 Infrastructure Ontario has announced that the Request for Proposals (RFP) stage has closed for teams to submit their proposals for the Union Station Enhancement project.

Union Station is the major transit hub in the City of Toronto. Infrastructure upgrades, such as the construction of a new platform and the development of a new concourse area below the platform will further help to accommodate increased capacity as part of the planned expansion of GO Transit rail service.

Teams were selected based on criteria in the request for qualifications (RFQ) phase, including their team composition, experience in collaborative project delivery, health and safety, and past project examples.

To help increase the capacity at Union Station, the scope of work includes:

The improvements are expected to reduce traffic congestion, greenhouse gases and fuel consumption, while improving the quality of life for commuters by reducing daily travel time

The shortlisted teams who were invited to respond to the RFP are:

A successful proponent is expected to be announced in fall 2020.