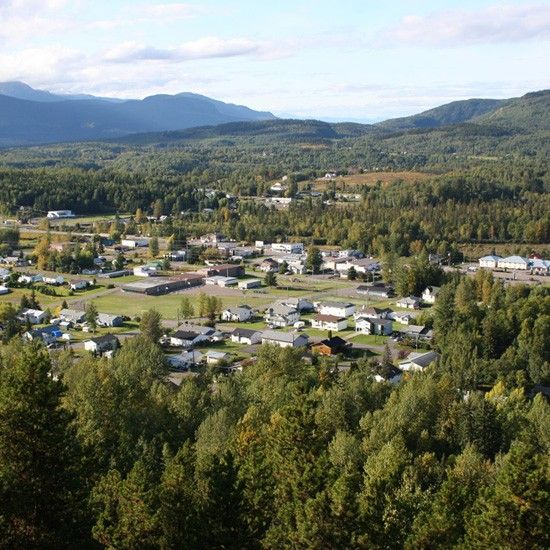 Two connectivity projects have been recently completed with support from the Connecting British Columbia Program, benefiting the T’exelcemc in Williams Lake 1 (Williams Lake First Nation) and the community of South Hazelton.

With high-speed internet, people in Williams Lake 1 no longer need to share a single connection to the Band office. Residents can now enjoy reliable internet access at speeds comparable to Vancouver and Victoria, thanks to a Telus project supported with funds from the province.

“When the COVID-19 pandemic hit, our people were finding it difficult to do things as simple as send an email or check the internet for the latest information on the public health emergency,” said Williams Lake First Nation Chief Willie Sellars. “The arrival of high-speed internet helped the community take steps to protect the health and safety of our people and Elders, and it also enabled our membership to conduct business, communicate and recreate in ways that much of the Canadian population takes for granted.”

The connectivity upgrade in South Hazelton has also helped those living in the community as the Gitxsan Development Corporation works to transform the site of a former sawmill into an economic hub employing more than 100 people in the region. Two major manufacturing plants have been proposed for the area and all Gitxsan businesses are relocating their offices there as part of an effort that would not be possible without high-speed internet access.

See also  The Lac-Mégantic microgrid: a window on the technologies of the future

“Internet access is fundamental to the way we do business today, especially during a time when the COVID-19 pandemic has challenged the usual way of doing things. We appreciate the work of CityWest Cable and Telephone and the support provided by the B.C. government to bring connectivity to South Hazelton,” said Kelsey Harmse, director, strategic initiatives for the Gitxsan Development Corporation. “We are working hard to grow the economy and create jobs that support families along the Skeena. Grants from the Connecting British Columbia program have played an important role in this effort.”

In 2020, projects supported by the province’s Connecting British Columbia program were completed in 147 communities, benefiting an estimated 11,121 households.

“I want to extend my deep appreciation to everyone who has worked with us to connect more homes and businesses during this difficult time. Together, we will continue to expand connectivity and support people as our economy recovers from the impacts of the COVID-19 pandemic,” said Lisa Beare, Minister of Citizens’ Services.

Funding under the Northern Development Initiative Trust’s $50-million Connecting British Columbia program,  announced and funded by the Province in March 2019, began accepting applications for rapid response grants in April 2020. By September 2020, 47 projects to improve the performance and reliability of internet access in rural and Indigenous communities were completed.