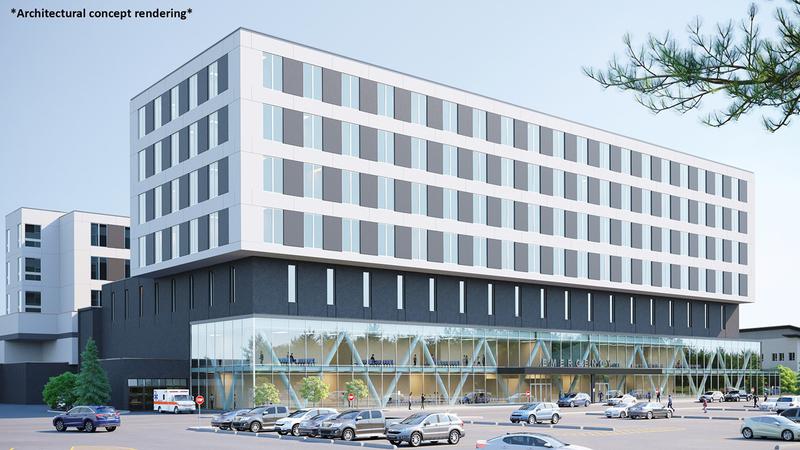 The Government of Saskatchewan announced a modified Request for Proposals (RFP) has begun for the expansion and redevelopment of the Prince Albert Victoria Hospital.

In a modified RFP, a single team who has demonstrated they meet the requirements set out in the earlier Request for Qualifications (RFQ), which was released on December 17, 2021, is shortlisted to move to the next stage of procurement. The shortlisted team qualified to participate in the Prince Albert Victoria Hospital Modified RFP is PCL Construction Management Inc. (Saskatoon, SK). Included as part of PCL’s team is Kirsten Reite Architecture (Vancouver, BC), Smith and Andersen Consulting Engineering (Burnaby, BC), and Delco Automation Inc. (Saskatoon, SK).

A modified RFP is a competitive process in which the shortlisted proponent will develop and submit a design and a series of proposals, to demonstrate how it will meet the project’s technical and cost requirements. The shortlisted proponent’s bid will be assessed against a “shadow” bid developed by an Independent Cost Consultant (ICC) to assess value and validate current market conditions. SSA Quantity Surveyors Ltd. will serve as the ICC for this procurement.

“With a growing population in Prince Albert and Northern Saskatchewan, and a need for increased health services, we are happy to see this project moving forward,” Health Minister Paul Merriman said. “The increased capacity will allow more patients to stay close to home while receiving the care they need.”

The Government of Saskatchewan is making a significant multi-year financial investment in this project and is providing 100 per cent of the capital funding, rather than requiring local communities to contribute 20 per cent. Instead, the community will focus on fundraising for furniture and equipment needs for the hospital.

The Prince Albert Victoria Hospital Modified RFP will close in Spring 2023. The results will be announced following the evaluation of PCL’s bid submissions.